If your pipeline’s empty and you’re not sure how best to find leads, your options might not be as black and white as you think. 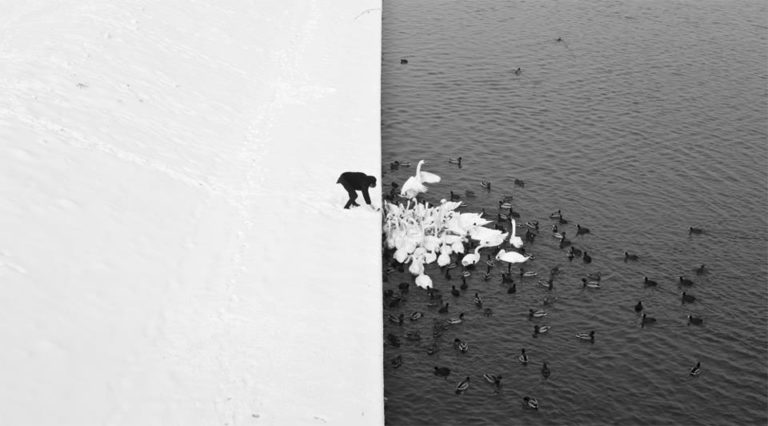 My eldest daughter recently saw a poster promising ‘£££s’ for ‘cold-calling’ and asked how it worked. When I explained, she looked at me like I was crazy – more so than normal – and said “well, that’s stupid …when I want something, I just search for it online”.

Hardly a new-business revelation (give her a break, she’s only nine). But if cold-calling is so dated and unwelcome, then why do so many agencies still see outbound lead generation as their only option?

DIY or pay the expert?

Clearly pipeline building is a perennial issue. And once CEOs realise there’s no magic formula for finding leads (I have bad news about Santa, too), their only question is whether to outsource or recruit someone.

But hiring is a ball-ache and a big commitment. So despite outsourcing’s iffy rep, it remains seductive; promising speedy results, a steady flow of qualified meetings and being easy to turn off-and-on – all without having to sully yourselves with – yuck – doing ‘sales’. Score!

So why is the reality so often a let-down?

Aside a couple of notable exceptions, unfortunately most lead gen. agencies are pretty similar. So the differences really count.

One variable is breadth of service. The good ones offer more than just calls and emails, offering insight, content, PR, events and data strategy. But do ask how they’ll tailor their services around you.

Also, measure the right things to remunerate the right outcomes. Like hospital league tables, reducing A&E waiting times sounds great, but being triaged quickly doesn’t actually get you home any sooner. So paying per meeting can mean kissing a lot of frogs.

Another crucial question is who’s handling your account. Meet them. Grill them. If you don’t rate them, neither will your prospects.

Finally, avoid anything that sounds like a ‘magic bullet’. A good lead gen. agency should manage your expectations with confident realism – at the start and then throughout, with succinct and usable reports.

It’s not them it’s you

Dismissing these over-claims is critical because success isn’t just down to them. In fact, ‘outsourcing’ is actually a misnomer – not unlike Monster Island – because you’re divesting far less of the job than you might think.

Imagine new-business is a 100m sprint. The lead gen. guys get you out the blocks, but you’re still responsible for fitness, training and diet, not to mention running the race itself.

It amazes me how many CEOs see outsourcing as a self-sufficient panacea. They regularly fire lead gen. agencies, despite failing to share basic info, like case studies or a target list – or even returning their calls.

Obvious as it sounds, alongside investing time to really support your lead gen. agency, you also need to be ready to handle leads and close business.

First and foremost, is there genuine demand for what you’re good at? Don’t invest in logistics if no-one wants your product.

And although focusing on newbiz when you’re busy makes sense, avoid using paid work to justify bumping hard-fought leads down your to-do list.

Similarly, do you have resource and processes in place to convert, like a means of deciding which ops to progress and a fit-for-purpose pitching model?

Find a bespoke route to market

If you’re more niche than mass-market, is your target audience too small to warrant the scale of traditional lead gen.? (Newsflash: ‘CMOs with cash’ isn’t targeted.)

How differentiated are you? Enough to use genuine thought leadership to drive inbound enquiries?

And where do you do well? If your clients come from referrals or past contacts, then nail that. If you’re an ace networker, then focus there. Or if you need face-time to make an impression, maybe stick to events – or start your own one, like these guys.

The reality is that you can’t do it all – unless you like being a busy fool – so choose your weapon wisely and only do what’s right for you.

If you get your house in order first, cold lead generation certainly can work. But whether you outsource or not, it can be like calming hungry kids with chocolate – progress doesn’t last and the comedown’s a bugger.

So give yourself a fighting chance by designing a tailored approach that reflects your particular audience, expertise and aspirations – rather than just promoting your discipline.

And if you do outsource lead generation, then make sure you’re well informed. Because if a nine-year-old sees the flaws faster than you, then you’re placing awful lot of faith in your supplier to set you straight – and that’s not very likely to happen.