Why network agencies aren’t dead yet

Despite the demise of network agencies being greatly exaggerated, to thrive in 2021, marketers still need to choose their agency partners more carefully than ever. 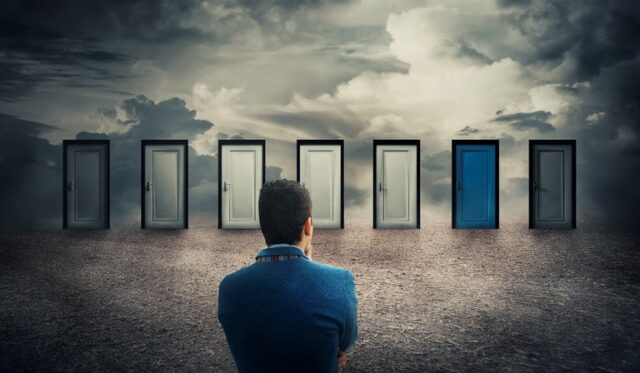 From cats vs dogs and Blur vs Oasis, to a certain referendum – the specifics of which escape me – we all love a binary debate. Either pick a side and fight to the death, or grab some popcorn and watch sparks fly.

And of course, it’s all good, clean fun – until it’s not. Things turn ugly, livelihoods are lost and families get torn apart. And that’s just over pop music.

So given the ongoing challenges that marketers face in 2021, let’s explore another great debate of our age – network agencies vs independents.

A popular refrain is that indies are agile and networks are slow. It’s certainly true that 2020 saw indies snaffle some big-name client wins. In contrast, being publicly listed, the holding companies’ understandably challenging numbers were very visible. So it’s been easy to sustain a ‘demise of the networks’ narrative.

But how real is that? And what are the implications for marketers?

My agency consultancy, Co:definery, teamed up with creative leadership specialists Curve and research agency BAMM to ask marketers how they viewed network and independent agencies. We also spoke to a range of agency CEOs to get their take.

So fetch a cold one, get comfy and let battle commence.

First up, is indie vs network even a thing? After all, no ‘networks’ or ‘indies’ are created equal. And clearly, no two holding companies are alike either. Alongside the size difference between, say, Dentsu and Omnicom, the cultural differences are vast too.

At the same time, although all agencies are facing headwinds, perhaps network shops are enduring more resistance. Because they skew larger than indies, any decline in retainers will be more disruptive for them. Likewise, the bigger the agency, the more that structure and process become a necessary evil. No wonder unhappy network agency clients often cite scale as a perceived reason for dissatisfaction.

Aside from the relative health of indie and network agencies, our research demonstrates that marketers do care about ownership status. Only 15.7% said it wasn’t a factor in agency selection – less than half the amount who said the distinction was critical. And these trends were even more pronounced for higher spenders.

Natalie Graeme, co-founded independent Uncommon Creative Studio after leaving WPP’s Grey. She told me: “Although no agency has a load of people sitting there ready to go, networks like to tell clients that they have a ‘man that can’. But that ‘man’ is often just a warm body, rather than the best person for the job. It’s about finding the right talent, not just the most available.”

Sara Tate followed the opposite path, leaving independent creative agency Mother to become CEO at Omnicom’s TBWA in London. She said: “Whether it’s independent or owned by a holding company, no type of agency has the monopoly on assembling the perfect client team; it’s about having the right attitude and process.”

Long-time network agency leader Tim Bonnet is now President at Unlimited, an independent group (albeit private equity-backed) that’s larger than many local network agency offices. He points to a cultural difference: “Network agencies focus on keeping client spend within the company or within the holding company’s current offering, but indies have a culture of looking outside for new innovations.”

The role of quality

Regardless of breadth, surely quality and talent are all-important? That’s why agencies love that hackneyed maxim, ‘our people are our most important asset’.

Publicis-owned Leo Burnett CEO Charlie Rudd – himself a product of a pre-acquisition BBH – told me: “When you’re running agencies, the only thing you need to worry about is your talent – getting the best people and keeping them motivated, happy and able to do their best work.”

But can network agencies really do this? Larissa Vince suggests not. CEO of independent creative agency Now – having joined from Publicis’ Saatchi & Saatchi – she says: “Being handed arbitrary, multi-market pay freezes stops you from rewarding the people who are nailing it.”

Interestingly, our research showed that ‘quality of people, thinking and work’ was only a middle ranking feature of network agencies’ appeal. And for bigger spending brands, this slipped to less than a third of the importance of breadth of service.

So are network agencies safe and solid one-stop shops? Not necessarily – quality of people, thinking and work was a similarly middling quality in indies too.

If marketers place similar importance on talent in networks and indies, then perhaps how people work matters more? After all, ‘agility’ looms large in this debate.

Many indies claim to be more nimble, suggesting that running a network agency can feel like a straitjacket. As Uncommon’s Natalie Graeme puts it: “Holding companies value predictability, which means less flexibility on models and less commerciality within account management.”

Matthew Saunby is the executive creative director at creative agency 2050London. Having worked at networks and indies from AMV and TBWA to BBH and Forever Beta, he’s well placed to offer a balanced view on hierarchy and flexibility:

“There may be extra layers in network agencies, but that rigour can also lead to better work. And although the process can feel quicker in indies, it’s sometimes an illusion, especially if you’re throwing dozens of ideas at the client. If you’re not careful, this ‘agility’ becomes over-collaborative and leads to the safest, most familiar work.”

Our research makes a similarly nuanced case. For the biggest spending brands, 38.5% of marketers cited ‘speed, flexibility and agility’ as a compelling quality in network agencies – second only to breadth of service.

In contrast, while speed, flexibility and agility was just as highly prized within indies, it became less valued by higher spenders.

That’s a plot twist, right? Not only is ‘agility’ far from the sole preserve of indies, bigger spending brands find it more often in network agencies.

Another trope is that indies get closer to your business than network agencies. Is that real? And is it what you actually want?

While the input of founders is surely a given in small indies, perhaps any sense of ‘closeness’ is heightened by the cachet of the owners working on your account. After all, with other people running IT, HR and their building, a network agency CEO might actually be more available.

Regardless of ownership, maybe this boils down to how important you feel to your agency. Are they focused on making money for you or for themselves?

Former ITV marketer Simon Orpin is now CEO at independent media agency Electric Glue. He says: “Indies can focus more on their people, which improves the client product and in turn drives profit. In network agencies, these priorities sometimes run the other way round.”

Our research revealed that management style is marketers’ biggest frustration with both indies and network agencies. However, they describe network agencies as being too hands-on and indies not being hands-on enough.

Who saw that one coming? Nope, me neither.

Rise of the adaptables

Alongside some nuanced surprises, our research uncovered just as many similarities. After all – newsflash! – difference is relative and preference is subjective. Case in point: as TBWA CEO Sara Tate put it, “if we’re competing with Accenture Interactive, then who’s the indie?”

So what’s the bigger picture for marketers right now?

We found that since the onset of COVID-19, the agency qualities that have increased most in importance were pretty consistent across networks and indies – namely ‘sector experience’, ‘quality of thinking and work’, ‘speed, flexibility and agility’ and ‘stability’.

Ultimately, you need innovative solutions to novel problems. So all agencies need to adapt – quickly. And judging by the transformation briefs they’re bringing to Co:definery, they hear you loud and clear – although be a mate and keep saying it, yeah?

The anthropologist Margaret Mead famously said: “Never doubt that a small group of thoughtful, committed citizens can change the world; indeed, it’s the only thing that ever has.” This applies to agency ‘citizens’ within both networks and indies.

In 2021, clearly choosing the right agencies has never been more important. And with brilliant, motivated, and well organised teams found in myriad places, you need to choose more wisely than ever. So what should marketers bear in mind?

Once the pandemic passes, maintain the new spirit of partnership. Saatchi & Saatchi London’s managing director Sarah Jenkins observes: “COVID-19 has brought us much closer to client problems, so trust and honesty have increased, which has enabled us to be more instinctive.”

Don’t just hire an agency for now. Or as Wunderman Thompson’s UK CEO Pip Hulbert put it: “Understand how the world and consumers are changing, so treat your agency like a marriage and make sure you can grow together.”

If you need ‘agility’, then self-awareness matters. “Knowing what you want is the best way to access speed. You don’t need to be big or small – on the client or agency side – you just need to be clear”. Wise words from McCann London CEO Sheryl Marjoram.

And having delved into one distinction, here’s one more – from Colenso BBDO chief strategy officer Rob Campbell. “Rather than indie vs network, it’s more a case of whether the agency wants to be at the business end of creativity or the creative end of business. The former is a greater focus on revenue and the latter is a commitment to the power of creativity. Clients just need to understand which kind of agency they want.”

So there you have it. In a world where polarised views rarely promote progress, marketers need more nuance and clarity than ever. Let smart agencies challenge you, then seek out the perfect fit, wherever that may be.

If independence or network ownership is mission critical, then follow your chosen path with confidence. Just don’t be guided by preconceptions.

After all, with any binary choice, your decision only matters when it really matters.

And for the record, it’s Blur by a mile. ‘Roll With It’ sounded like the theme tune to Only Fools and Horses. Don’t @ me.