Adland is quite an angsty place right now, so with a prevailing theme of building confidence, the 2017 IPA Growth Conference will hopefully fill agencies’ sails once again. 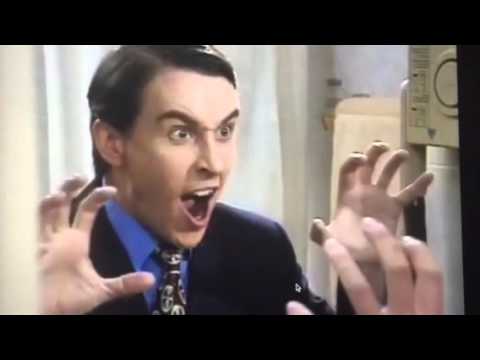 As a new-business tranformation consultant, I work with all sorts of agencies and they’re mainly smart, lovely, and motivated. But they’re often unclear of exactly where they fit in the world.

This is particularly true of established disciplines, whose past successes sometimes act more as ballast than a springboard to the future. But clearly, creativity can’t just mean comms anymore.

Agencies are also unsure how to adapt to the way clients buy from them. There’s still too much procurement-bating and client-blaming; if I had a quid for every time I heard ‘if only clients would…’.

So thank goodness for the IPA’s Commercial Conference. Effortlessly anchored by Y&R’s Janet Markwick, we heard from experts in positioning, pricing, performance, and more. Here’s what I took from the day.

Enough with the monkey business

We started with David Meikle, author of How to Buy a Gorilla. He took a practical look at the varying drivers of value for procurement, agencies, and marketers.

And although I’d question some of the negative bias around procurement, easy-to-digest insights such as not letting clients dictate your agency’s resource planning were spot-on.

Cost is a science, pricing is an art

The next speaker was Ignition Group’s Tim Williams, author of seminal new-business book, Take a Stand for Your Brand, probably the best newbiz operating manual out there.

Tim showed how to make pricing about value, not cost – including why pricing should exist beyond just your finance team. Akin to the thought that ‘creative is not a department’, it showed that the journey towards pricing value, not time must involve a wider group of agency perspectives.

The polite battle for control

Next up was the new-business legend, Blair Enns – author of probably the most influential new-business book ever written, The Win Without Pitching Manifesto.

He showed how agencies can get on the front-foot in new-business and not be dragged naively towards unprofitable behaviours – a back-and-forth he calls ‘the polite battle for control’.

Following Blair was performance expert, Keith Hatter, CEO of PlanetK2. His central thought was that performance is different to results.

Just focusing on the latter causes stress. But relentlessly examining performance drivers increasingly improves outcomes. We should all move from ‘how did we do?‘, to ‘how well we did do what we said we’d do?’.

As Keith put it, perfect is an adjective, never a noun.

He also struck a sentiment that encapsulated the whole day – that it’s time to stop complaining and blaming others; take ownership of the issues. For example – news flash! – procurement is a commercial reality, so let’s get better at working with them.

Apply your expertise to your agency

Just as Keith had suggested, it’s a case of ‘physician, heal thyself’.

Sadly, agencies never seem to say ‘the agency is the agency’s most important client’ anymore. So let’s bring that one back.

Conflict is just the water in the pool

The final talk was from Alan Smith of Scotwork, a negotiation specialist. He argued that, like it or not, conflict is a fundamental part of business. We need to prepare our negotiating positions, push back and stop being so terribly nice – we’re a soft touch.

This debunks the myth that ‘people buy from people’ (as does The Challenger Sale, referenced earlier by Blair). In fact, it’s defining value, leveraging tension and generating urgency that demonstrate confidence and help close business.

Similarly, experience tells me that ‘chemistry’ isn’t just some passive, happy accident. Proactively assessing the mood and framing your offer accordingly makes a huge difference – not least getting your pitch win-rate beyond the classic one-in-three.

The conference wrapped with a diverse panel discussion. Firstly, more women than men – *doffs cap to IPA* – but also a mix of voices, perspectives, and learnings.

Leo Burnett’s Deputy CEO Sarah Baumann then shared how their training investments had been prompted by a deeper, more empirical look at how different clients define value.

This evidence-based approach was also advocated by Sera Miller, CEO at Material Group, who spoke passionately about value-based pricing only being possible if we can clearly define what’s working. Hard to do, but very much worth it.

Sera’s comments not only echoed Blair’s advice to focus on value, but also Michael Farmer’s scathing assessment of where agencies fall short of consultancies.

To draw the panel to a close, the conference chair, Janet, made a final, sobering observation – that agencies are generally very poor at translating what they do into a meaningful value proposition.

Co:definery specialist management consultancy often sees this – particularly at mainstream agencies, who’ve grown complacent on clients knowing their market. But as the conference proved, the world has changed – it’s now mission-critical to find a unique voice in a sea of sameness.

It was striking that many of the day’s issues aren’t new. About 15 years ago, I wrote a letter to Campaign, criticising their lazy characterisation of procurement as price-of-everything-value-of-nothing ‘beancounters’. And as Blair reminded us, downward margin pressure is old news too.

So well done the IPA for convening a cross-departmental group of committed people to finally take action.

In this context, I thought Marc Nohr, CEO of independent agency Fold7, painted the day’s most complete picture of where we should be heading. Having explored the value they create, Fold7 implemented a premium pricing strategy and invested in more senior people. This built confidence and enabled them to sell on value and monetise their expertise – all wrapped up with a healthy dose of chutzpah.

Marc wasn’t claiming to have all the answers, but it’s certainly a good example to follow.

This is what happens when agencies define their worth and develop an entire customer experience around their value proposition, rather than just making unsubstantiated claims in their marketing and lead gen.

So for me, the key theme was confidence. At the end of the day, clients pay for genuine expertise. And if you focus on what you’re good at and deepen your knowledge, your confidence will grow.

Then you’ll be able to influence clients’ buying behaviour and win more often, doing great work and making a decent living along the way.

That doesn’t sound bad, does it?