Why agency founders are rejecting the traditional exit

For agency founders, the pandemic has accelerated the emergence of a more sustainable perspective on life, success and cashing in their chips. 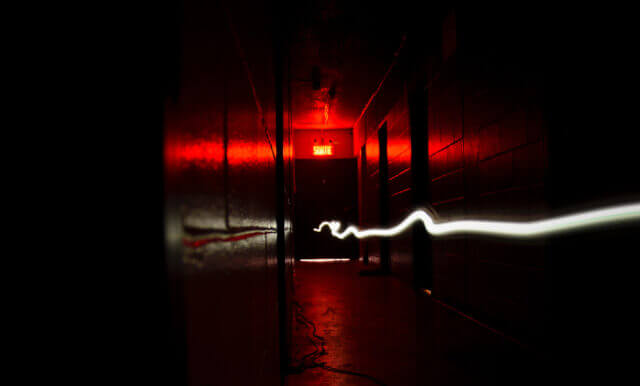 Ever since the holding company model became established, the idea of selling out has powered a million fantasies. But like the lottery, your odds of hitting the jackpot were never great.

And for those agency founders who did grab the dangling chequebook, many found that not only were earnouts fraught, exhausting and often unsuccessful, but also life in their newly acquired agency fell someway short of the dream.

But in recent years, founders have become more measured. Selling out is no longer the default vision and they’re open to a more bespoke conversation about success. And since Covid-19, in amongst far-reaching changes to the market, this transition has accelerated – toward a more balanced and achievable set of motivations.

To unpack why, I picked the brains of Paul Allen, formerly a partner at M&A advisory firm SI Partners and now the founder of his own consultancy, Red Dots.

Hi Paul, how are founders’ attitudes changing when it comes to exiting?

Skepticism about traditional exits to a larger agency has been steadily growing. There are plenty of horror stories about earnouts failing and the new parent company killing your culture or retiring the brand you’ve spent years building.

That was always part of the risk of cashing out, but founders are also getting more savvy about needing to be happy with the price on completion, rather than relying on earnouts – especially now that they’re more like 4-5 years in network agencies, rather than three.

The pandemic has changed things too. More people are questioning what they want from their career – and it turns out that it’s not just a big payday. There’s more desire to be in control of your destiny – especially given that so much can go wrong with a traditional exit, from relationships and mismatched culture, to another black swan event like Covid-19.

How else has the pandemic affected founders’ mindsets?

It’s certainly shaken up a lot of lifestyle businesses. If your agency’s been going ten years and grown slowly to 10-20 people, only to suddenly find yourself going from a healthy profit to barely breaking even, it’s a big ask to spend another ten years getting back to where you were.

Plenty of owners don’t have the appetite for that, so are open to offloading their agency for much less that they’d hoped. That’s certainly more attractive than liquidating the company and letting your people go.

Unsurprisingly, there are plenty of buyers out there right now who are buying broken agencies on the cheap. They’ll happily take the revenue and offload any duplicate resource, so sadly some people may only keep their jobs for another six months or so.

On the flipside, there are plenty of agencies in good shape – do they have a new perspective on exiting?

Absolutely, having survived Covid and realised that no-one knows what’s round the corner, they want to grow more quickly and exit sooner.

Of course, many people want to build and sell without a risky earnout, but that takes a good two years of planning. Founders are getting smarter about this – like not running key accounts and also making themselves less essential to new-business.

As well as reducing a buyer’s need for them to stay on, they’re also locking in top talent, ensuring the next generation of management are incentivised to stay on once a deal is done.

Is this why we’re also seeing more Employee Owned Trusts?

EOTs were introduced by the government to give employees greater autonomy. And although this is often still the case in agencies, it’s also an attractive option to founders who can cash out without paying capital gains tax, albeit at what is often a lower valuation than the open market.

No wonder EOTs are often portrayed as the best of both worlds – but for a start, the team you’re selling to needs to be ready, right?

If you want to leave a legacy – to move on and leave a healthy, thriving agency – then your succession plans need to be solid. It’s easy to assume that talented people will make great owners, but it doesn’t always follow. Being a thick-skinned entrepreneur is very different from being an effective employee. Your next layer of management may not want to run an agency.

So while it’s certainly appealing, an EOT – or indeed a management buyout – isn’t easy. In fact, in some ways it’s harder than selling out to a larger parent company.

To get any kind of multiple, you need plenty of cash in the bank. And of course, like any exit, you need to ensure that profit levels continue or grow. Although you retain the autonomy to make that happen, had you sold to a larger player, you might also have a new set of services to upsell with and a wider pool or clients to go after. You’d probably get a higher upfront cash payment with a traditional exit too.

Let’s turn to agencies that are aggressively pursuing growth – how has the pandemic impacted them?

It’s definitely a good time to be a founder who’s willing to invest. In the past, to secure funds to power growth, your bank would’ve insisted on personal guarantees. But with the Covid-19 bounce back loans, the government has taken on the role of guarantor.

That means as well as low rates and long terms, there’s no personal risk. So why wouldn’t you; it’s nearly money for free. This allows you to fund expansion without needing to use up the rainy day money you have in the bank.

You get to invest in top talent, a better office or new capabilities, but you still have six months costs covered, so you can sleep at night. You’re no longer gambling with your own money.

Which agencies are best placed to prosper from this cheap money, rather than taking the long walk down the organic growth path?

Not surprisingly, many digital disciplines are in a good place. That’s not just because of increasing demand and often having more retained relationships. It’s also easier for them to add new capabilities.

In contrast, as well as being more project-driven, creative agencies find it much tougher to bring in technical skills than vice versa. Most advertising, PR and design agencies, for example, have histories and cultures of awards and subjectivity. That’s why hiring a new creative lead is often such a risk for them – they’re more fragile and driven by personality.

How are agencies approaching acquisitions now?

Instead of having the ambition of building one large agency, which can be unwieldy and not that profitable, founders are increasingly looking to build mini groups of a handful of agencies of 20-25 people, each of which can retain a more boutique-y feel.

We’re seeing growth in a couple approaches to this model – neither of which are new. One is pretty organic, where a founder – often with private equity backing – brings complementary agencies together and potentially lists the group.

The second model is closer to the traditional build-and-build, where there’s a rollup of agencies into a group. There’s an exchange of equity instead of cash, so the founder swaps his or her agency shares for a stake in the group business. Then everyone co-owns a multi-disciplinary group, with access to shared resources, cross-sell opportunities etc.

Compared with growing a single agency from, say, 12 to 25 people, which could take a couple of years, both of these approaches gives you scale faster and the potential of selling sooner for a larger amount – especially if the group is deliberately shaped to fill a gap in the portfolio of a larger company.

So this is another best-of-both-worlds option – you get the scale and the potential upside, but you’ve also spread your risk?

Exactly. There’s safety in numbers, so you derisk by being part of something bigger. Obviously given the pandemic, this is pretty appealing. Of course, if you’re an agency owner within one of these groups and the worst happens, then your equity will likely drop in line with contribution to overall profits. But it’s certainly possible to negotiate away some of that risk – like paying more for a fixed-rate mortgage.

Thanks, Paul, this has been fascinating. To wrap up, what advice would you give to founders who are ready to be more progressive with their growth ambitions?

Primarily, to really grow your business, you need to have a unique and functional idea or concept for the products and services that you plan to offer.

Ask and listen to your clients to assess how you need to innovate to meet their requirements.

Identify your ideal client’s needs and inspire yourself to devise and offer viable solutions, whether that’s by building it yourself, forging strategic partnerships, or through acquisition.

Finally, the use of technology and data to enhance creative output will see many of the recent start-ups overtake the more traditional communications agencies.