Why ‘nearly’ is nowhere when it comes to your proposition

Take care when you’re close to unveiling your new proposition. At best, the last yards are the hardest. And at worse, misplaced urgency will blind you to any flaws. 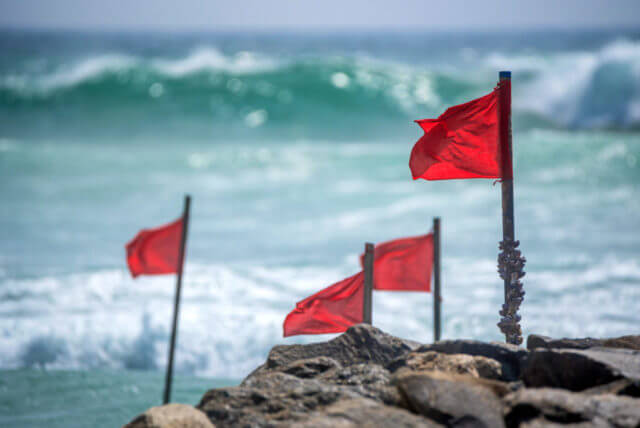 Anyway, I picked up a pencil again recently and drew a so-so picture in about two hours. I was pretty chuffed. Turns out drawing is like riding a bike.

Then I started tinkering. And tweaking. And twinkering. It was hard to stop. I didn’t ruin it, but I seriously could have.

As Canadian painter Harley Brown said, “the painting is always finished before the artist thinks it is”.

But when it comes to your agency’s proposition, it’s rather the opposite problem – thinking you’re done too soon. So how do you know when it’s ready?

Articulation should be easy

One common sign that your proposition isn’t right is when only your senior people can articulate it. This is a major red flag.

It should be simple to say out loud; clear, succinct and – crucially – not reliant on getting every word right.

As well as playing superlative bingo and confusing propositions with straplines, you’re probably just re-articulating what every agency in your space does.

That’s why your team struggles to say this nonsense out loud. They’d sound like a tool in the pub.

It’s also weird for most people to have to learn something word-for-word. This isn’t am-dram. And more importantly, if your proposition is carved into tablets of stone, then you’re restricting their ability to read the room and adapt what they say.

I say ‘read the room and adapt’, but that doesn’t mean completely changing your proposition depending on who you’re talking to.

This is another red flag. There’s a big difference between rephrasing and changing a proposition.

You’re an expert in what you’re expert in. That’s essential to having any kind of strategy. And of course it’s good business to adapt your message to better connect with an audience who might be facing the problem you solve.

But on the flip side, it’s bad business to change your story altogether to ingratiate your agency with people that you’re clearly not best placed to help.

Ever wondered why some clients (mis-)treat you like an easily replaced, jack-of-all-trades commodity? Exactly.

Think of your elevator pitch like a fairy story. We’d all tell the story of Goldilocks differently, depending on the audience, your energy levels and whether The Crown’s about to start. But we’d all get the core story across.

I hear this phrase a lot. Agencies often approach Co:definery when they’re sure their proposition is almost there, but they just want a last minute steer.

I get it. You’ve toiled hard aligning the team and crafting the words. Maybe you’ve begun updating your assets. And although you really want it to be finished, there’s a nagging sense that something’s not right.

This is another serious red flag.

Unfortunately, the reality is binary – you’ve either nailed it or you haven’t, regardless of how close the answer feels.

Creating a new proposition is like a 100m race. The good news is that no-one begins at the starting line – without any kind of proposition, you’d have gone bust by now.

And you may think you’re nearing the finish, perhaps just needing a nudge to help you dip for the line.

But the distance you’ve covered doesn’t matter. Some agencies start miles behind but fly through. Others feel ready to celebrate but grind to a halt.

For the latter, developing a proposition can feel like running through treacle. And the closer you get to the end, the thicker the treacle becomes.

The more you search for a eureka moment – like the perfect strapline or genuine USP – the more your progress slows.

Explore a lack of alignment

Here’s one last red flag. If your senior team can’t agree on whether you’ve nailed it, then you almost certainly haven’t. But it’s also possible that you have and they just need to catch-up.

The creatively minded often struggle the most. Their restless desire to improve can mean a great idea only ever feels 90% right. For them, it’s more of a leap of faith – they need to see a new proposition work in the real world before they’re convinced.

As hard as these hurdles might feel to address – or even admit – it’s reckless to ignore them.

In the current market, a differentiated proposition is non-negotiable. You need one to stand out, convert well and justify a premium.

No wonder being nearly finished is so seductive. Unfortunately, it’s usually wishful thinking – ‘nearly’ is nowhere and progress stalls for good reason.

Well, cracking on might work. But the risk is that you mistake strategy for packaging and barely scratch the surface of the impact your proposition could’ve had.

Instead, take a breath, remember that important beats urgent, and do your agency justice.

Either way, watch out for the warning signs that things aren’t right. The risk of delay is dwarfed by the opportunity cost of getting it wrong.