Successful agencies often say ‘we’ve never really needed to look for new-business’. But don’t confuse growth with strategy, because you might not like where you end up. 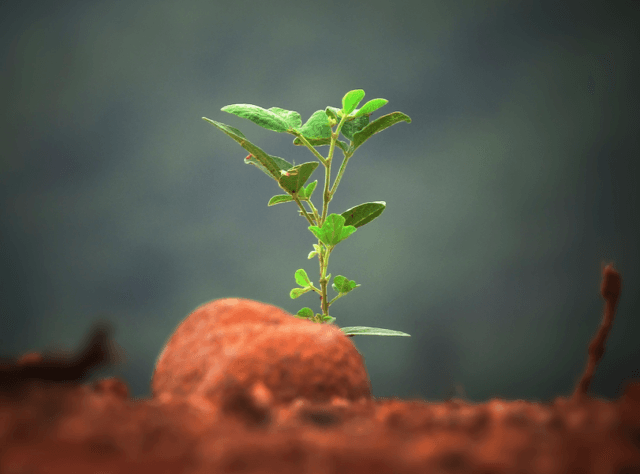 Like passing your driving test or going away to university, the independent thrill of launching an agency is hard to beat – especially when growth comes naturally.

With luck, you had a founding client or two. And of course, you rattled through your contacts, calling your mates, chasing down past clients, and hitting up your ex’s cousin’s cat’s lodger, who’d just been appointed chief of something at somewhere.

With talent and hard work, you grew. Key clients stayed and spent more. Others changed jobs and got you in there too. Maybe word of mouth and an occasional award earned you some inbound leads.

Eventually, the wild west matured. You became operationally solid, with decent structures and processes. Your unique culture emerged and your leadership, finance, and people skills evolved. Maybe you even got around to writing job descriptions.

This agency lark isn’t so hard!

By now you’re thinking, next stop: global domination, selling up or working a four-day week. Congratulations – you’ve cracked it.

Except you haven’t. Suddenly things slow down. Your pipeline isn’t quite so plump and juicy. You realise that your black book had a half-life and its power is spent.

Fair enough, you think – time to get proactive about growth: let’s do some marketing and lead generation. Except you’ve never done it and you’ve got no idea how little you know about the breadth of options you face. Worse still, people offer vague and contradictory advice, like ‘it’s a numbers game’ or ‘it’s all about inbound’.

So where on Earth should you start? And in particular, what are the pitfalls to avoid?

Like getting your driving license, many agencies see lead generation as a box to be ticked. But like taking your driving test, rushing it won’t get you very far. So simmer down, hotshot – think ‘measure twice, cut once’.

What are you actually selling? As the saying goes, nothing kills a bad product faster than good advertising. It’s the same with lead generation. A generic strapline that demands explanation is very different to a meaningful proposition that communicates a discrete market fit.

So if you’re in BD and your CEO can’t articulate the difference, then go polish your résumé.

Don’t do too much

In contrast to rushing in, another risk is holding back. It’s tempting to chase perfection – the ultimate marketing and lead generation machine.

This often speaks more to fear than ambition. We love telling ourselves we’re moving forward when in fact we’re delaying a task we don’t relish. Like adding ever more mundane tasks to your to-do list (‘have lunch’), the illusion of progress provides comfort.

The slow quest for lead generation perfection creates a complex, lumbering beast. And because sacrifice is the essence of strategy, doing a bit of everything, for everyone, in every channel, is like nailing jelly to a wall. It’s unlikely to stick and it certainly won’t be efficient. Welcome to exhaustion city, in the great state of hate-my-job.

Don’t do too little

So, is going minimalist the antidote to unwieldy perfection? Not quite. It’s seductive to stick to the basics – especially if your agency’s running lean – but that rarely creates momentum.

The noble intent to focus often produces a plan that lies dormant until a pipeline emergency. Lacking muscle memory, you wheezily splutter into action, exacerbating the natural peaks and troughs of demand.

This ad hoc malaise is most common in agencies where ‘new-business is everyone’s responsibility’. So take Michael Caine’s advice in Get Carter: “with me, it’s a full-time job”.

And if you’re the first business developer that your agency’s hired, beware of being hailed as a super-human panacea. It’s nice to hear, but you’re not the messiah.

Don’t be a hostage to fortune

All this not-too-fast and not-too-slow might sound like Goldilocks is setting the rules. Does all this nuance really matter? You bet it does.

If you don’t embrace lead generation – because it never feels mission critical – then you might become a terminal coaster. You make so-so money on the back of ever more dominant clients – until you wake up one morning and realise that two of them deliver 90% of the revenue and make 90% of your decisions. Potential acquirers would run a mile.

This slippery slope away from autonomy also happens at large agencies. Relying on intermediary relationships and global client inertia makes them just as much of a hostage to fortune.

In each of these cases, the daily grind obscures the bigger picture. With no agreed direction, your ‘strategy’ defaults to an echo of your reputation; a lagging indicator of what you’re known for. Which is fine if you want to do the same thing forever and client needs never evolve. Spoiler alert: you don’t and they are.

Plot your own course

Although headspace might be in short supply, a clear business strategy remains the key to effective marketing and lead generation. Sadly too many agency chiefs confuse ‘strategy’ with metrics or aspirations – like being the ‘best’ or doubling in size. That’s a dereliction of duty.

To thrive long-term, you need clarity – on the discrete audience opportunity you’re best placed to address, as well as on how helping them will get you where you want to go.

It’s remarkable how few agencies can articulate this. Not only are they unclear where they’re headed, their target audience is counterproductively shallow. If yours is defined solely by sectors and job titles – or worse still, as essentially any budget holder with a pulse – then you need to go deeper.

Ultimately, many agencies jog along making a decent living; comfortable at a certain ceiling. And that’s okay. But imagine a world where you keep on winning the kind of work you’ve always dreamed of. To power this kind of sustainable growth, you need scarce in-demand expertise. That requires deliberate action.

Or to put it more bluntly, lacking a strategy or lead generation plan won’t be instantly fatal, but any growth will be in spite of yourself – and you’ll be storing up problems for later.

Remember that hot-blooded thrill of newfound independence? Don’t let it evaporate in the lukewarm glow of early success.