Why it’s time to pay more for your agencies

Marketers have long needed to do more for less but there’s a commercial and moral case for investing more in agencies and improving wellbeing in the industry. 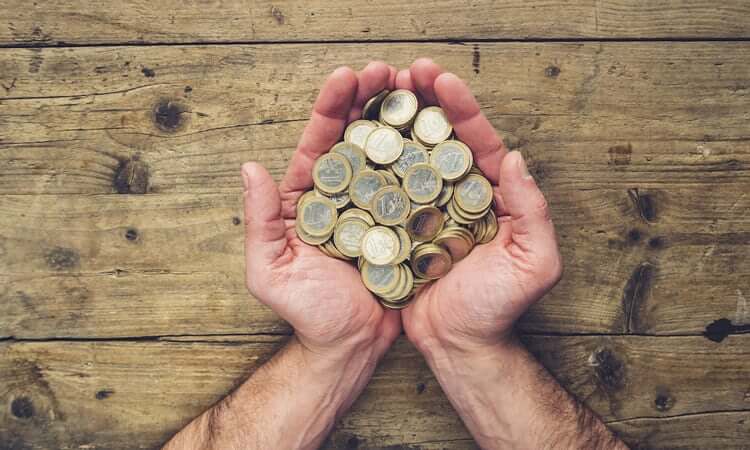 It’s a polished, media-trained world. Savvy spokespeople tell us precisely nothing beyond the party line. So when soundbite supremo Sir Martin Sorrell changes tack, it’s worth pausing for thought.

Speaking at Campaign’s recent Breakfast Briefing, he argued that marketing should focus less on top-down ‘big ideas’ and be more bottom-up, like a “grassroots” political campaign.

To make that happen, as Campaign reported, he said that your agencies needed to be “faster, better, more efficient – though I won’t say cheaper”.

As reported by MAA he said that S4 – aka MediaMonks – was focused on  “faster, better, cheaper executions”.

From pointedly not cheaper to oh-go-on-then cheaper in a fortnight. Slip of the tongue? Semantics? Not for me. Coming from the media master himself, that’s a pretty pointed adjustment.

But either way, while you might not give a (media) monkeys, it does raise an important question. In the age of efficiency, when should you spend more on your agencies?

Obviously the TL;DR answer is that while better agencies might cost more, you’ll get better outcomes. But your colleagues in Procurement would rightly request a smidge more rigour.

So let’s unpick this a bit.

We all do better work when we’re happy and engaged, right? But happiness and engagement require investment from senior management.

So there’s a virtuous circle. If engaged agencies deliver better outcomes, then paying them well lets them reinvest and make their team even happier, leading to… you get the idea.

Win-win, promotions and awards all round. Group hug!

In theory, that’s all fab. Who doesn’t love a virtuous circle? But no-one tells you where they start. They just are. In practice, agency morale, momentum and output naturally ebbs and flows.

Also – newsflash! – agencies often front-load access to their sparkiest minds. So assessing their depth of expertise is crucial.

You also need to know that they can perform day in and day out. Fancy a root canal from a knackered dentist? Me neither.

The impact of the daily grind

A recent IPA study clocked agency staff turnover at 32%. And depending where you look, the industry average for sick days is between five and 12 days.

That’s really high. Think about the impact – direct and indirect – on your brand. Worried? You should be.

Metrics like this reflect just how engaged – or not – an agency team really is. Nikki Gatenby’s book, Superengaged, has loads more examples if you’re interested.

If you want consistently inventive brains on your business, then your selection criteria need to evolve.

Or just have a quick squiz under the bonnet. Either’s good.

Ask them about purpose (like, beyond money). Ask what they hear in exit interviews. Ask about their learning and development plan.

Don’t let them fob you off with hollow bollocks (‘our people are our biggest asset’ – oh, piss off). And call-out any archaic twattery that long hours are a badge of honour.

Encourage them to give authentic answers, not just what they think you want to hear. Build a real sense of how they actually prioritise people over short-term profit.

Case closed? Not quite. As Columbo would say, just one more thing – turn the spotlight on yourself too.

Let’s be honest – your behaviour is also a big factor in agency wellbeing. To paraphrase David Ogilvy, you get the agencies you deserve.

Could you do more to avoid draining the joy and motivation from the very people whose productivity your career depends on?

Whether it’s an occasional crappy briefing or unreasonable last-minute request, shit does happen – despite your best intentions. So how could your, er, foibles, be part of an honest conversation?

From progressive commercials and tailored ways of working, to anticipating when both parties might need some slack, fit matters. The more you have one another’s back, the happier the marriage – and the better the outcomes.

Agency leaders – Sorrell in particular – understand that efficiency is essential. But clearly a zealous pursuit of ‘cheaper’ will only ever end in a compromise in quality.

In contrast, when agencies genuinely deserve to be paid more, everybody wins.

But there’s a bigger picture here too. Hiring agencies that really care for their people leans into the defining issues of the day.

From burnout, mental health and the gender pay gap, to diversity, parental leave and the #timeTo campaign against sexual harassment, thankfully we’re finally exploring what’s okay and what is seriously not okay.

With great budget comes great responsibility. Because you have power, you also have a duty of care.

Choosing agencies on the right side of these issues will make a difference. They won’t always cost you more, but sometimes they will.

Not only will you get that investment back in spades, but you’ll also be doing your bit for a fairer, happier and healthier industry.